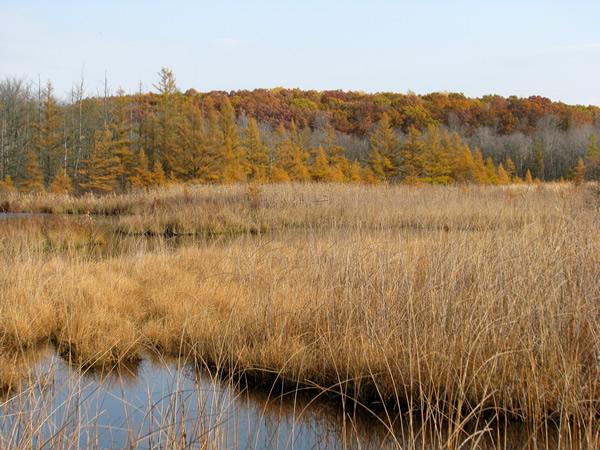 Yu Man is an accomplished field biologist and conservation scientist with the Michigan Natural Features Inventory, at one time serving as its Interim Executive Director. She is the author, co-author, or contributing author of over 45 technical reports, 20 MNFI species abstracts, and several peer-reviewed publications, among others. Yu Man's research focuses on rare amphibians and reptiles in Michigan.

A law partner at Warner, Norcross and Judd LLP, Kurt works on complex environmental and real estate issues and is a past chair of the State Bar of Michigan's environmental Law Council. He is a past President of the Paul H. Young Chapter of Trout Unlimited, the President of the Loon Lake Association, and a former member of the Board of Directors of the Michigan Wetlands Association.

Before retiring, Ruth was a geologist for a sanitary engineering company, laboratory manager for an asphalt company and manager of the Map Room at the Illinois Geological Survey. She has served on the planning commission and zoning board of appeals for the City of Troy. Besides board service, Ruth also volunteers as a steward at two MNA sanctuaries and organize sanctuary legal files at MNA's office.

Aubrey Golden Aubrey joined MNA’s Board of Trustees in 2011 where he served for eight years, including as Vice President from 2013- 2015 and then as President from 2017 until the spring of 2019. Aubrey studied English, political science and biology at Union College in Kentucky, where he earned both his bachelors and master’s degrees. He taught in the Walled Lake Consolidated School District in Oakland County for 34 years and also served as the President of the Walled Lake Education Association.

David, Executive Assistant for Wayne County's Parks and Recreation Division, was appointed MNA's newest trustee. In his role at Wayne County, David is responsible for developing, planning, organizing and administering the policies and procedures for the division to ensure its administrative and operational objectives are met. Prior to joining Wayne County Parks, David held positions as Supervisor/Labor Representative for Laborer's Local 1191 and General Manager, Golf Division, for the American Golf Corporation. He also served as a Commissioner for the Detroit Historic District Commission, on the boards of the MotorCities National Heritage Area (National Park Service) and the Michigan Labor Alliance, and is currently a member of several community groups, including Friends of the Rouge, Friends of Nankin Mills, and the Holliday Nature Preserve Association. David is a graduate of Wayne State University.

Kara is currently the Science Education and Outreach Coordinator at the W.K. Kellogg Biological Station at Michigan State University. She has had a distinguished career as a specialist in environmental education and has valuable experience working for nonprofit organizations and serving on boards and advisory committees with similar conservation and education goals as MNA. Kara joined the board in 2016 and serves on the Finance committee and the Development, Outreach and Education committees.

Maureen McNulty Saxton
Maureen is Vice President of Van Dyke-Horn Public Relations, heading its Lansing office. Prior to joining Van Dyke-Horn, Maureen founded and directed PR Edge, LLC, a Lansing-based public relations firm, for 10 years. Maureen also served in several roles with the State of Michigan, heading the press and communications offices for the departments of Treasury, Management and Budget (now Technology, Management and Budget) and History, Arts & Libraries. She also served as the Deputy Campaign Manager and Press Secretary for Governor John Engler’s third gubernatorial campaign. Maureen serves on the Board of Visitors of the Merrill Palmer Skillman Institute for Child and Family Development at Wayne State University.